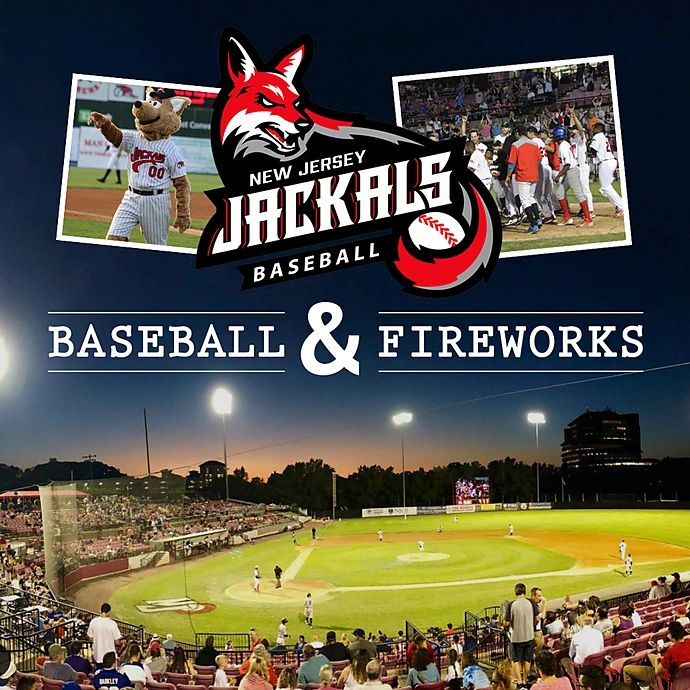 Celebrate the Rec Season and join us for our 2022 Group Outing on Saturday June 4 at Yogi Berra Stadium on the campus of Montclair State University to see the New Jersey Jackals against the Quebec Capitales in Frontier League professional baseball action. First Pitch set for 6:05pm. Save 35% from box office price when you purchase tickets through our special link!

Game Tickets are available for $11 and are on sale now!

All registered softball players who buy a game ticket will receive a FREE food voucher redeemable for a hot dog, soda & chips at the stadium.

Tickets are only available via online purchase using the special link below. Transportation is NOT provided. This is NOT a chaperoned event. All children MUST be with an adult. We will all be seated together as a Group. There are NO refunds.

All registered softball players who buy a ticket will receive a FREE food voucher.

There is no parking fee at Yogi Berra Stadium.

2022 marks the 25th Season of Jackals Baseball in New Jersey.

25th Anniversary giveaway to all fans in attendance. Item is TBD.

The New Jersey Jackals are an independent professional baseball team that began play in 1998 and play their home games on the campus of Montclair State University at Yogi Berra Stadium. "The Yog" is named after Hall of Fame and Yankee legend Yogi Berra, a longtime Montclair resident. The Jackals provide affordable family entertainment and championship-level baseball. The 2022 Jackals are competing in their second season in the Frontier League of Professional Baseball, an official Partner League of Major League Baseball and the largest of its kind in professional baseball.  The Frontier League has moved over 1,000 players to MLB Teams in its 29-year history.

Countdown to first pitch at The Yog!

The date is approaching fast; don't miss out on a fun, family night out!